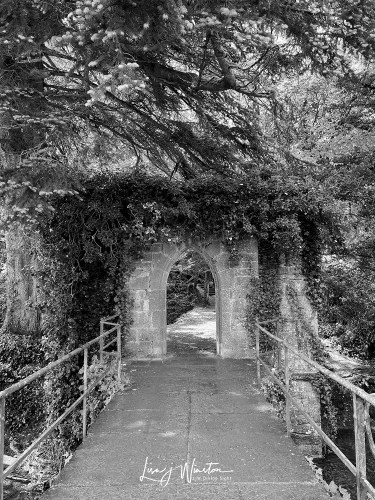 During our travels around Ireland in May we had the opportunity to visit quite a few ruins. Some were on our planned itinerary, such as Cong Abbey and the Rock of Cashel. Others were happy accidents, the Neale Church and the Bective Abbey, found along the road as we meandered the countryside. Living in the moment and wanting to capture the essence of the place, I didn’t really know the history of each until coming home to research. Below the photos are brief descriptions from websites that help paint the historical picture for those interested.

I’m sharing this small collection of photos in B&W to best capture my felt-sense at the time. The windows, doors, arches and various openings of each of the ruins, often times layered one after the other, felt like portals to other dimensions. Sometimes even walking through an archway or opening you could sense a change in energy as if the history of the place still hung in the air. Early Irish Catholic Monasteries were of various orders; Cistercians, Augustinians, Benedictines to name a few. When King Henry VIII broke from Rome and declared himself the head of the Church of England, he ordered the suppression of monasteries throughout the kingdom. 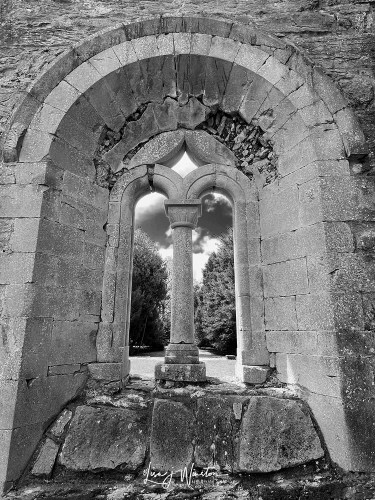 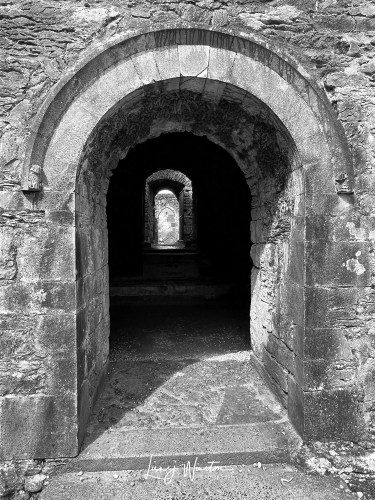 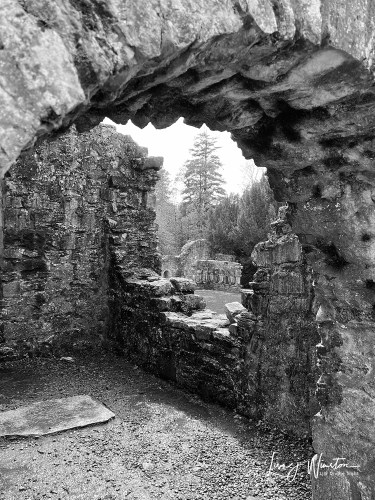 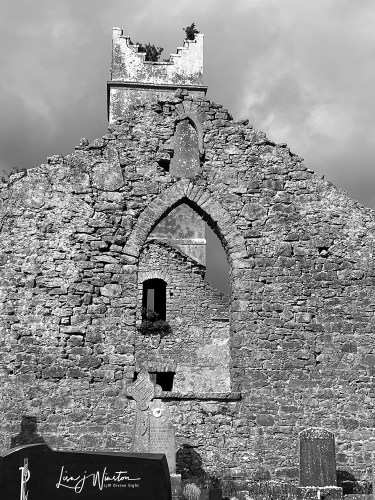 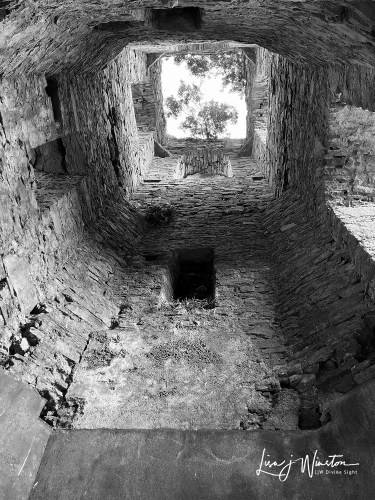 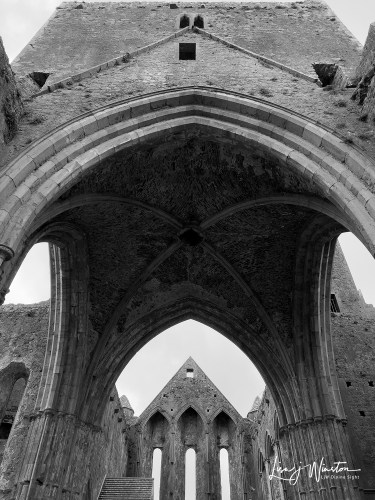 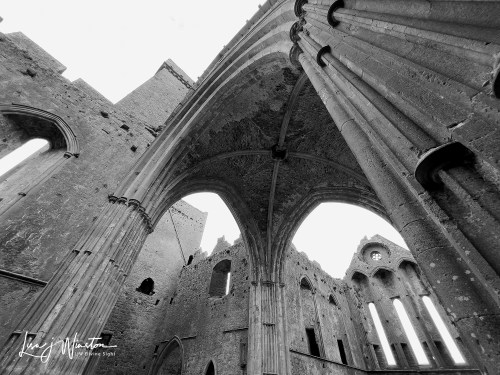 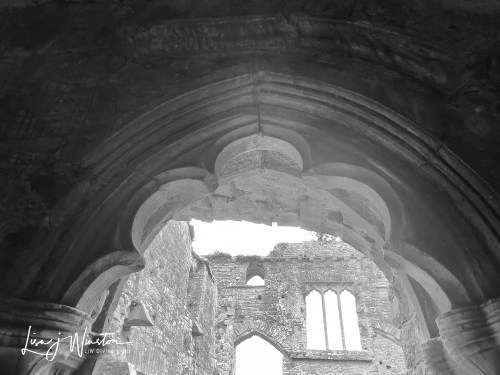 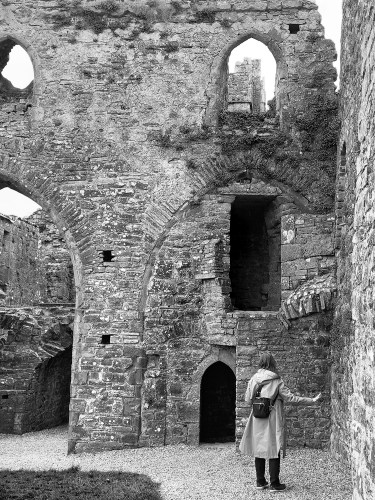 The ruins of the Royal abbey of Cong, provide some of the finest examples of early architecture in Ireland, displaying detailed craftsmanship through its Gothic style windows, Romanesque doors, clustered pillars and arches, standing columns and floral capitals. It was at the abbey, that Rory O’Connor, the last high King of Ireland died. In 1542, the abbey was suppressed during the reign of Henry VIII of England. https://www.visitgalway.ie/explore/religious-and-spiritual/religious-ruins/cong-abbey/

Built in 1778 it fell into disuse 1945. Not particularly old in the grand scheme of history, there is very little information on the internet about it. It had a decidedly creepy feel to it, probably mostly because of the ominous dark clouds hovering.
https://www.buildingsofireland.ie/buildings-search/building/31312105/neale-church-ballinchalla-kilmolara-lecarrowkilleen-neale-county-mayo

Set on a dramatic outcrop of limestone in the Golden Vale, the Rock of Cashel, iconic in its historic significance, possesses the most impressive cluster of medieval buildings in Ireland. Among the monuments to be found there is a round tower, a high cross, a Romanesque chapel, a Gothic cathedral, an abbey, the Hall of the Vicars Choral and a fifteenth-century Tower House. Originally the seat of the kings of Munster, according to legend St. Patrick himself came here to convert King Aenghus to Christianity. Brian Boru was crowned High King at Cashel in 978 and made it his capital. In 1101 the site was granted to the church and Cashel swiftly rose to prominence as one of the most significant centres of ecclesiastical power in the country. The surviving buildings are remarkable. Cormac’s Chapel, contains the only surviving Romanesque frescoes in Ireland.
https://heritageireland.ie/places-to-visit/rock-of-cashel/

Bective Abbey was founded in 1147 for the Cistercian Order by Murchad O’Maeil- Sheachlainn, King of Meath. It was Ireland’s second Cistercian Abbey; a ‘daughter house’ to nearby Old Mellifont Abbey. The Order had been founded to recapture the original simplicity of monastic life; this was reflected in their restrained buildings. Bective became an important monastic settlement. The remains now visible at the Abbey date mainly from the 13th to 15th centuries. They include the church, chapter house and cloister. The cloister ruins are particularly well-preserved and feature pointed, gothic arches typical of Cistercian architecture. The abbey was suppressed following the dissolution of the Monasteries under King Henry VIII in1543. The lands were then rented, and the monastery began to be used as a fortified house.

Today, the ruins provide a maze of passageways with dead ends and interrupted staircases, all asking to be explored. Due to the attraction of its medieval ruins, Bective Abbey has been used three times by Hollywood producers: in 1995 for; Captain Lightfoot starring Rock Hudson, the 1995 blockbuster Braveheart and most recently in 2020 by Ridley Scott for his medieval epic The Last Duel, starring Matt Damon, Adam Driver, Jodie Comer and Ben Affleck.
https://www.discoverboynevalley.ie/boyne-valley-drive/heritage-sites/bective-abbey